A proposal on cement industry reactivation

The recent crisis effects have been devastating for the Spanish cement industry; it is necessary to go back to the 1960s to find consumption levels as low as they are now. On the other hand, cement production in 2017 fell to similar volumes than the 1970s, being a 55% lower than the average of 2000-2015.

With the collaboration of the Ministry of Industry, Trade and Tourism, the Cement Sectorial Agenda has been developed to turn the situation around and make this industry once again the driving force for economic growth in Spain.

The long-term objective of the Spanish cement sector is to recover a stable annual production level of 30 million tons of cement equivalent (2009 levels), maintain the position of leadership in exports at European level and boost competitiveness outside the continent.

Furthermore, it is not only a paper on cement sector reactivation, but also it attempts to find synergies with other productive sectors, with the ultimate goal that the Agenda become the tractor impulse for the recovery of economic activity in Spain.

The Agenda picks up a decalogue of proposals designed to achieve some objectives at economic, social and environmental levels, with the aim to generate value for the society through the sustainable recovery of the competitiveness of the Spanish economy, from a perspective that is compatible with the reduction of public spending in the medium and long term.

All the measures proposed in the Agenda are translated in quantifiable information, as the increase in almost €1,400 million per year of the brute added value of the industrial Spanish sector, the saving in public expenditure of roads and railroads maintenance of €43 million  per year -thanks to the minor costs of maintenance and conservation of road constructed or rehabilitated with concrete-; the material and energy recovery of 4 million tons of wastes in substitution of fossil fuels and not renewable raw materials, and the creation of 7,000 jobs. 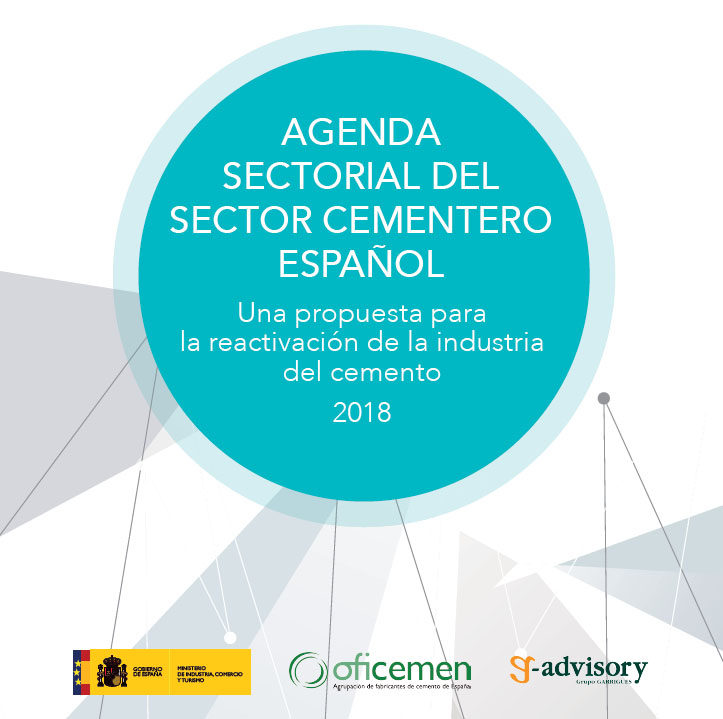